Sam Burns, Superintendent, gave JD a hard hat at a ground breaking. Sam later learned that JD started using his walker (a feat JD had fought up until this point) so he could visit Sam on the job site. Sam continues to be a role model for JD and others. 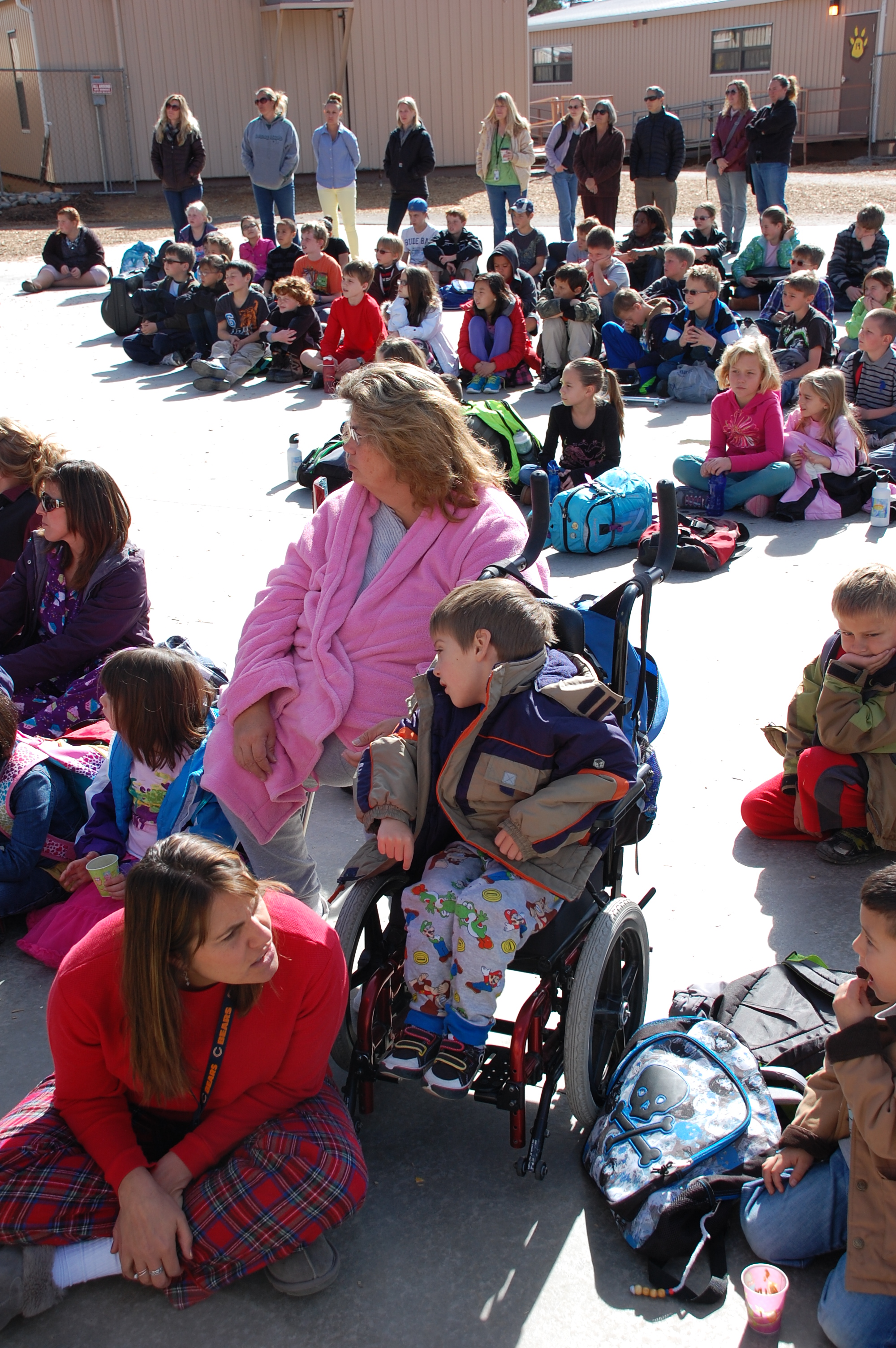 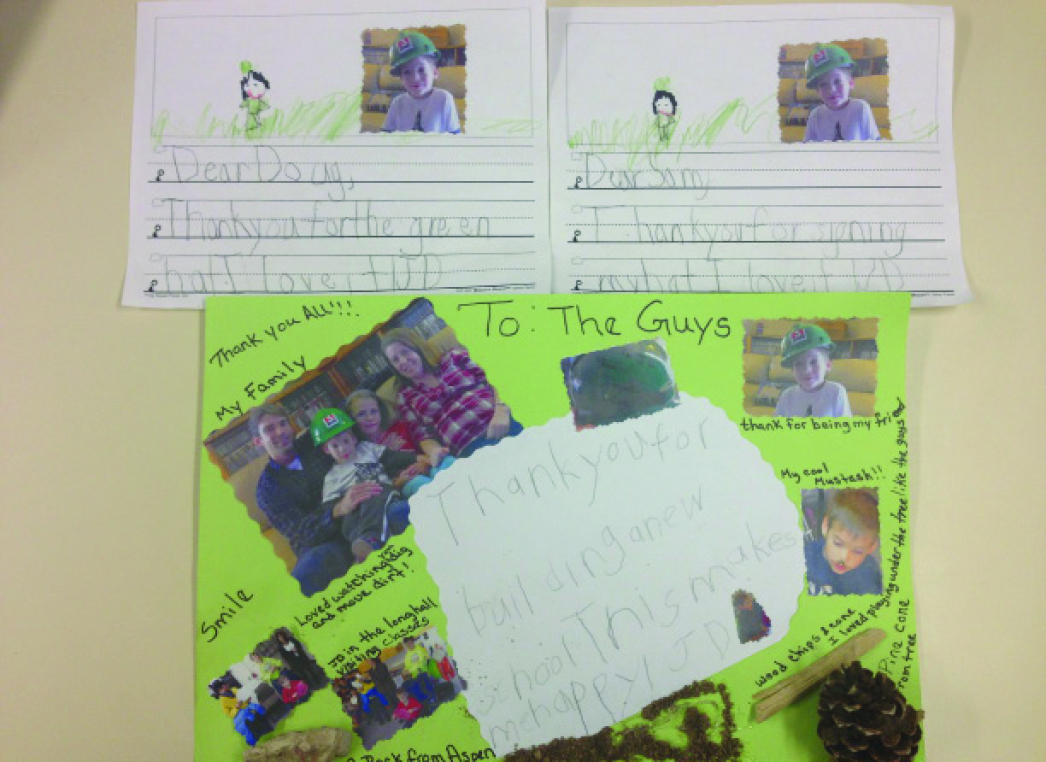 On November 13th we had a groundbreaking ceremony at the Aspen Elementary School job site. We had the silver shovels and new Jaynes hard hats all ready for the 1, 2, 3 toss some dirt picture. You know – the one where everyone lines up and takes a scoop of dirt and we call it a groundbreaking! Well, as you might have guessed, this one was not much different than any other groundbreaking ceremony that Jaynes has been a part of. Only one difference! As we were wrapping things up, Doug Clark, Director of Business Development, grabbed one of the new hard hats to give to a boy sitting in the front during the ceremony whose name was J. D. Before Doug could give him the hard hat, he was gone. Instead, Doug sent the hard hat with a teacher to get to J. D. the next day.

Next we had set up a portable with some refreshments for guests to come and have after the ceremony. We were all standing around talking when a teacher approached me holding a Jaynes hard hat. She wanted to express her appreciation for the gift and let me know how it was really going to make J. D.’s day. I had not previously been introduced to J. D., but had seen him cruising around the site in his wheelchair and/or walker with a few “Hellos” and “How you doin’s” as he passed by. While we talked I picked up the hard hat and signed it: “To J. D. from Jaynes.” This made my day! I was able to be a part of giving back some kindness that others have shown my own son in the past.

Some history on J.D., he has Spina Bifida, a birth defect where his spine didn’t form properly around the spinal cord. As we talked on about J. D. and how much he loves seeing the equipment, all the digging, and the sounds from the construction site. When J. D. first started school he didn’t want to get out of his wheelchair and use his walker. When the construction really got started with all the digging and demolition, he wanted to see it all! So the next thing you knew, day by day he started using his walker more and more so he could go see what new things were happening.

J.D.’s teaching aide asked if we could get together for a picture with J. D. and his hard hat. I said just let me know when and where. So today was that day! J. D., his teachers and his family met some Jaynes guys and myself at the fence for an opportunity to take a picture. He was so excited about it! They said he calls me “Sam the Builder” (no relation to “Bob the Builder” though). He presented me with a picture collage and a hand written thank you for Doug and myself.

As you can see by the picture, he has that smile and you can’t ask for a better day than today. Thanks for letting me share this story. Some days you just really know why and what you are doing things for. Little moments like these are very big in so many ways. I hope this helps brighten your day – I know it did mine!