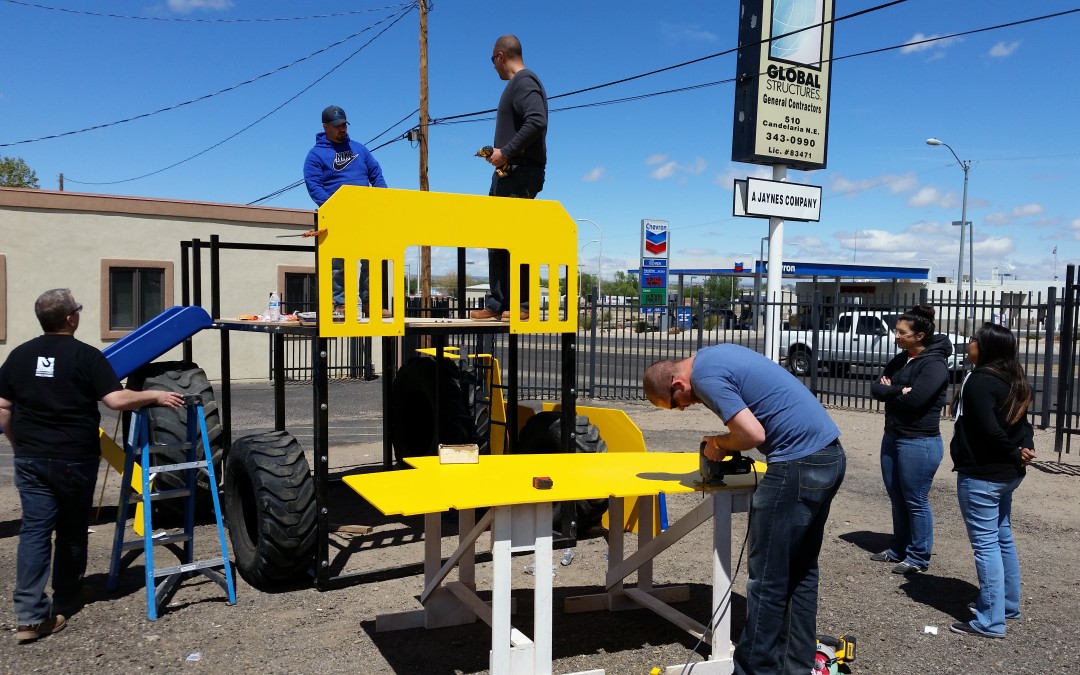 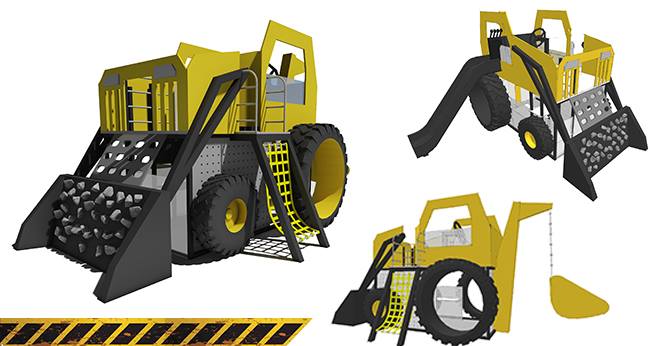 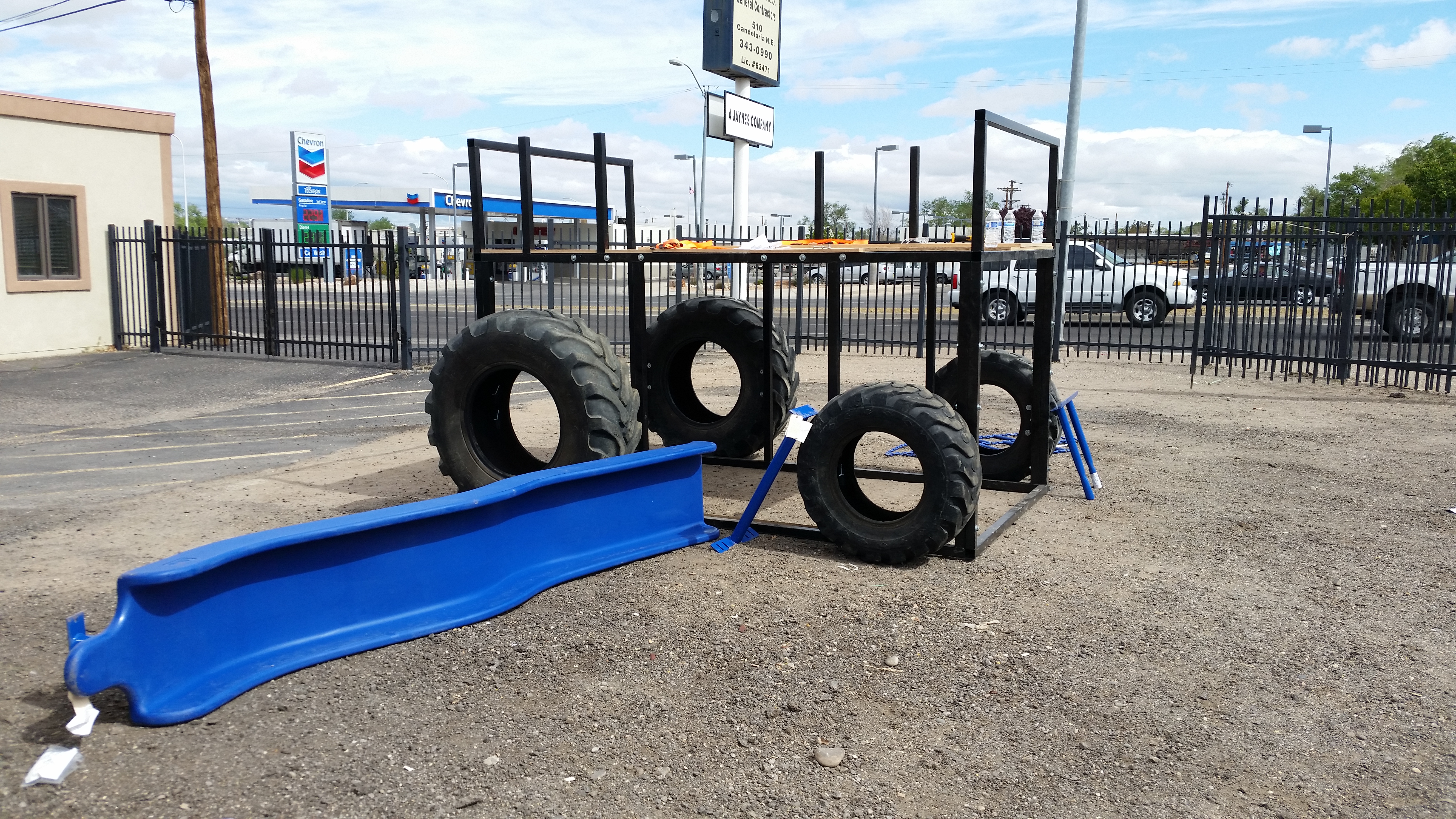 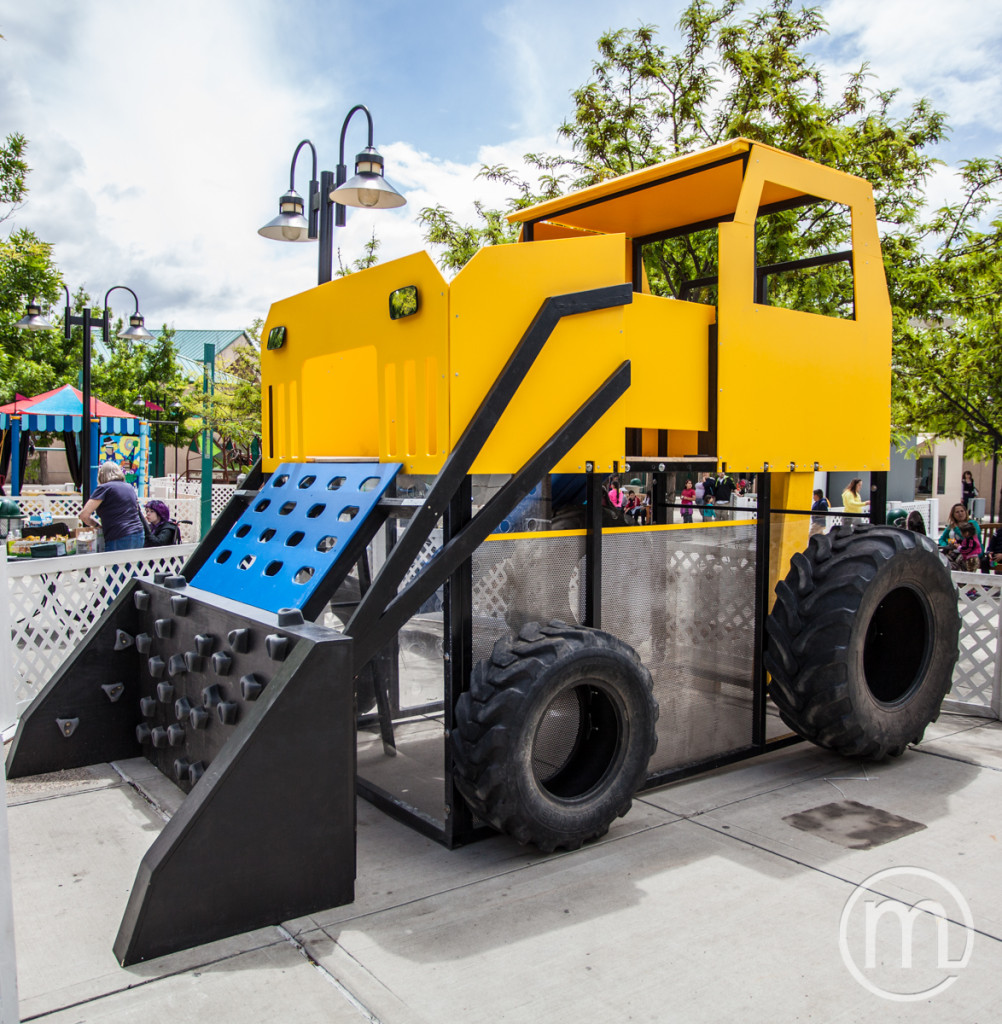 Jaynes Corporation partnered with Dekker/Perich/Sabatini and New Mexico Appleseed on a fundraising project to create playhouses that were auctioned off at an event named “Parade of Playhouses”. Other local architects, builders, and designers also participated in this effort.  Design/Construction teams built 10 different playhouses. Each team was comprised of a sponsor, an architect/designer and a builder. All funds supported New Mexico Appleseed, a nonprofit that is dedicated to improving the lives of the poor and underserved through systemic change.

Our playhouse featured a backhoe with a climbing wall in the bucket, real tires to climb through, a ladder, wing, steering wheel, and more!

Jaynes Millwork led the construction of the playhouse and Jaynes employees and family members volunteered to build it. The playhouse was built in the Jaynes yard, then transported to the Albuquerque BioPark, where it was displayed for a month before being auctioned. Thanks to all of you who participated in this worthwhile endeavor!