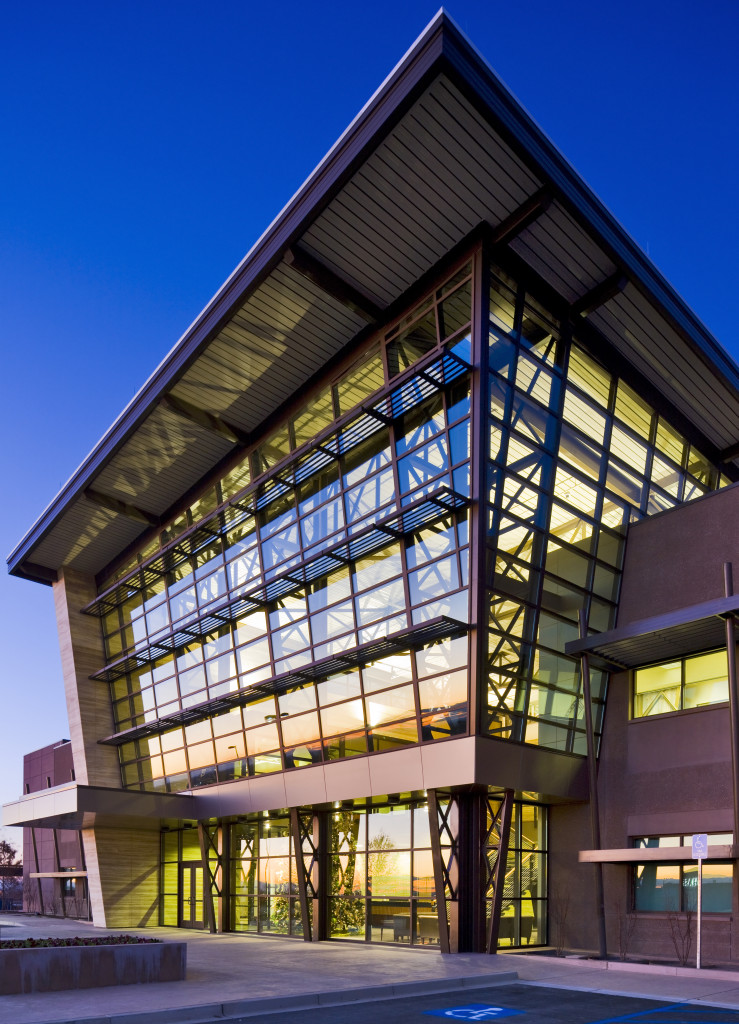 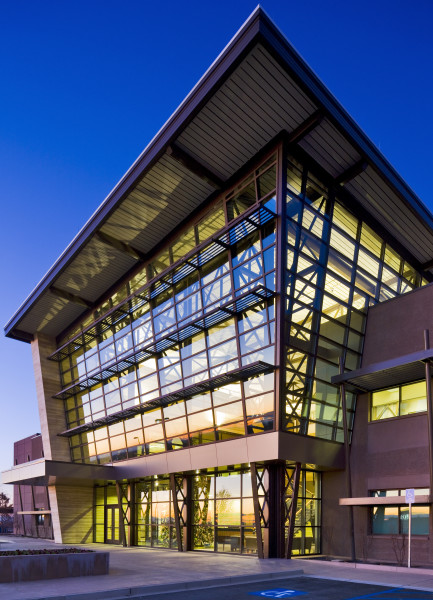 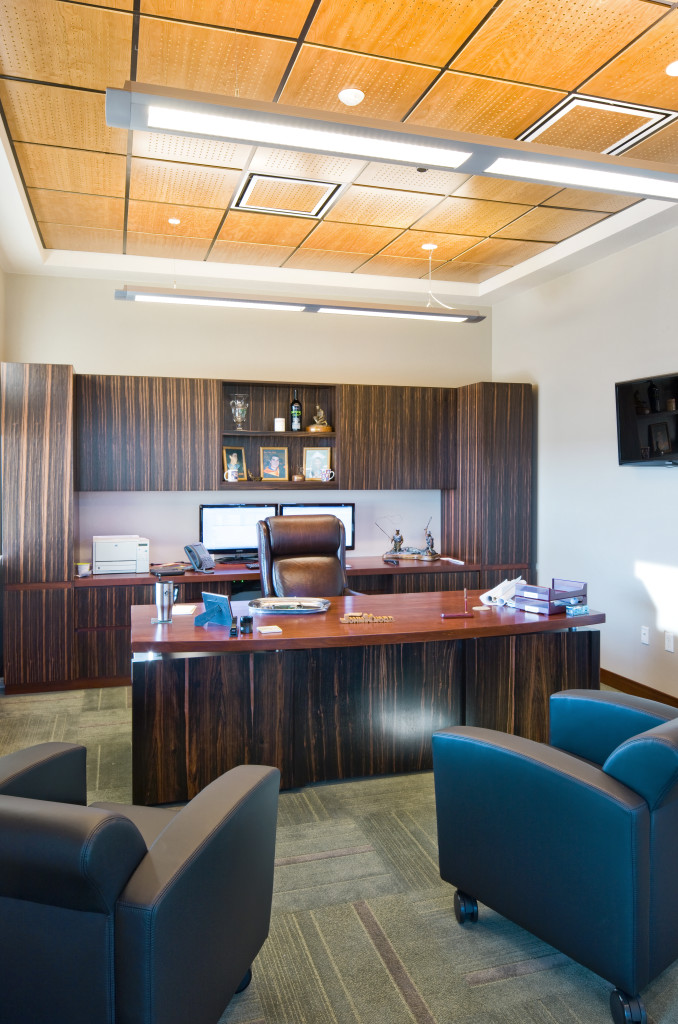 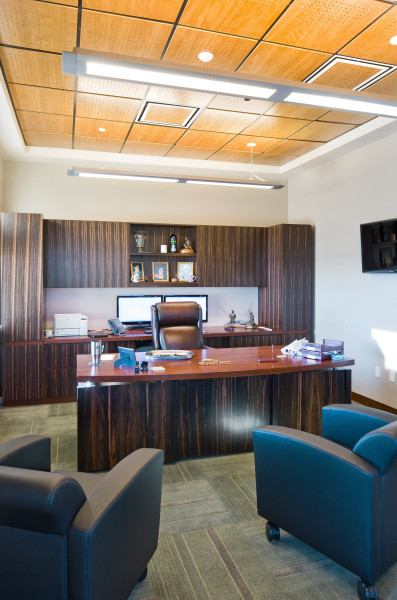 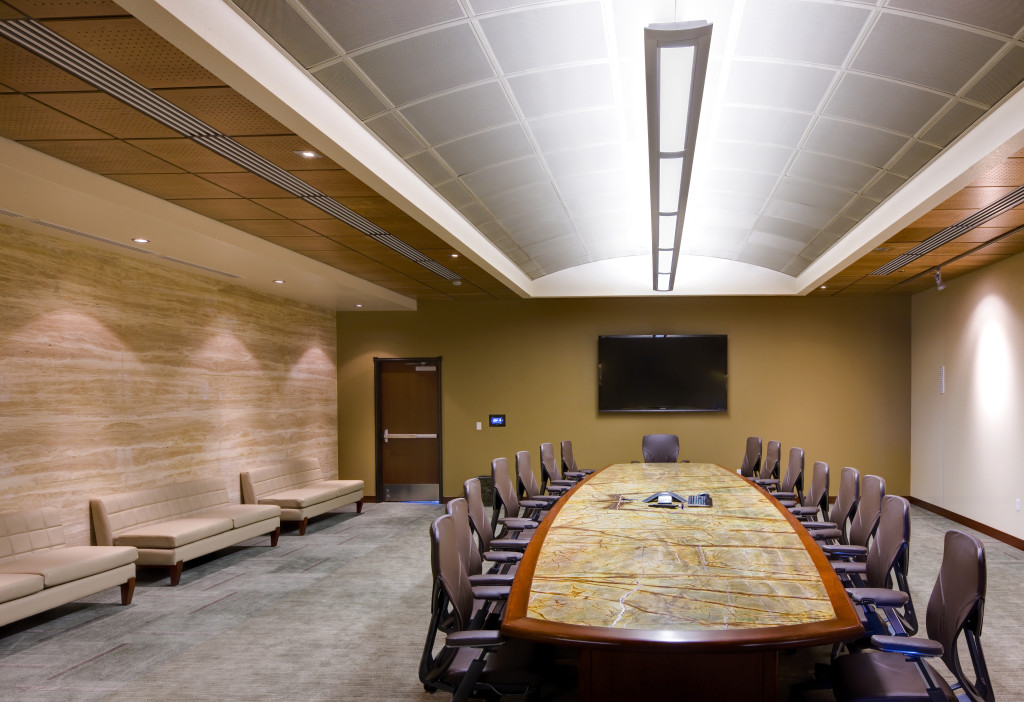 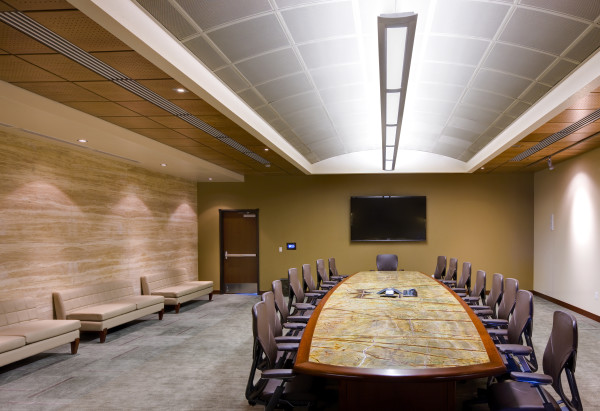 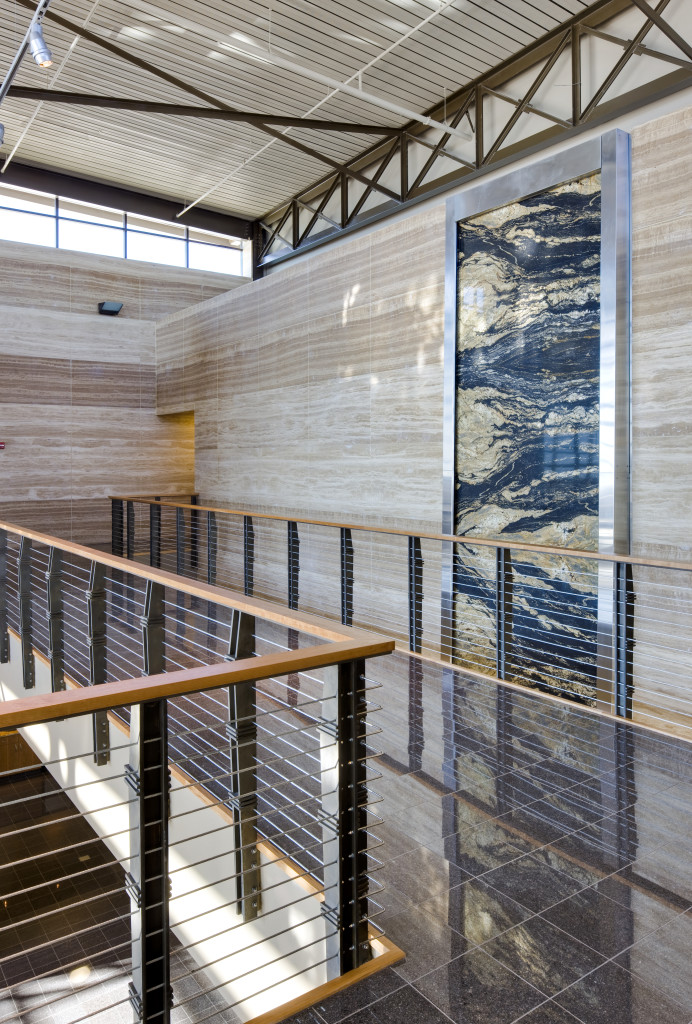 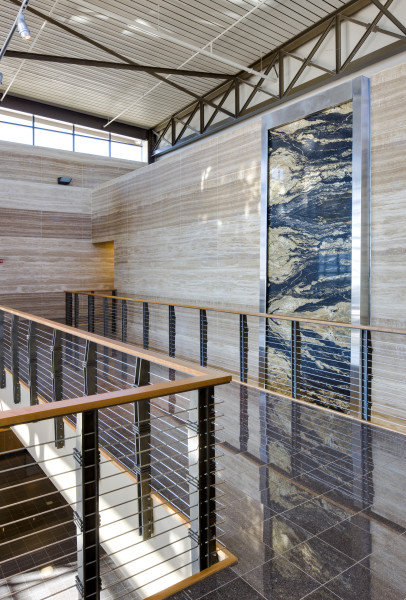 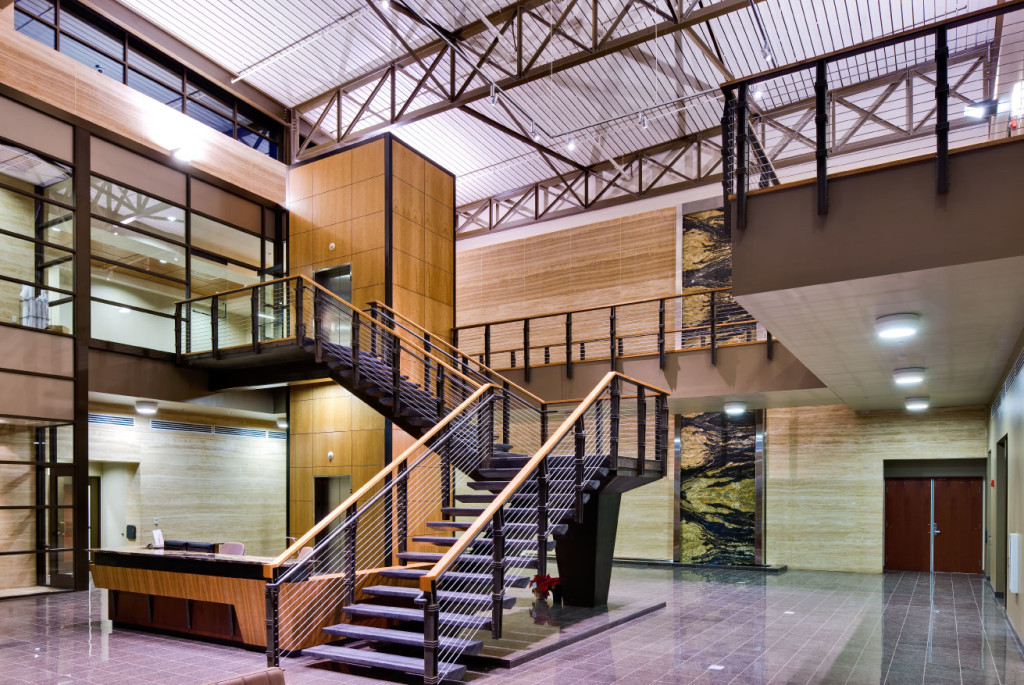 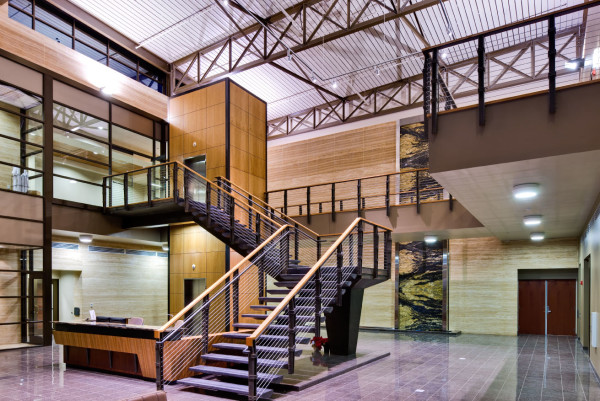 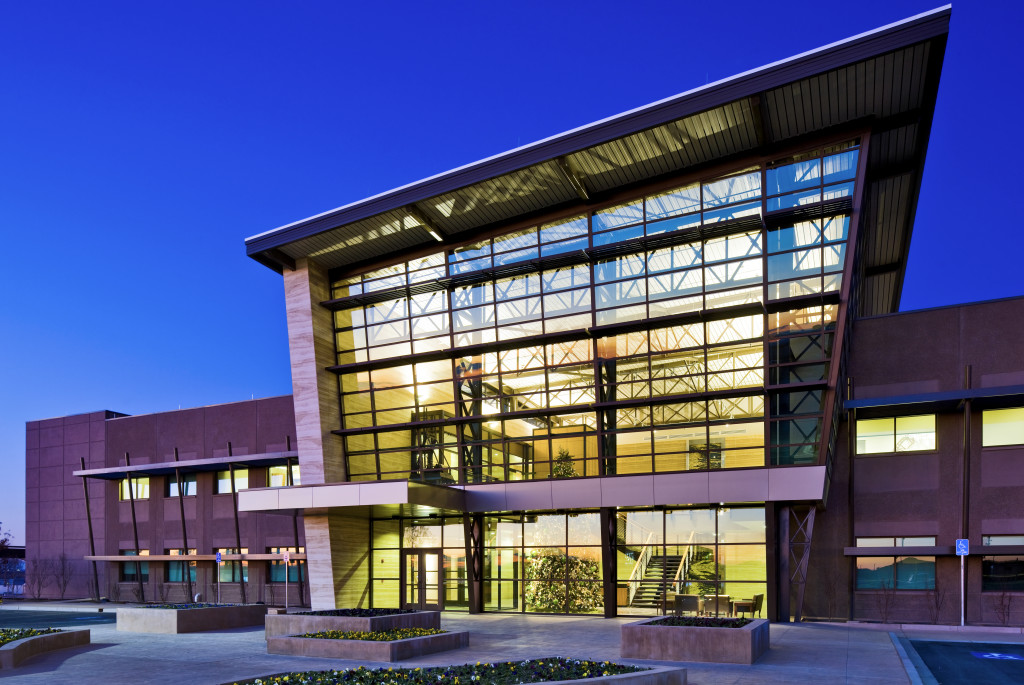 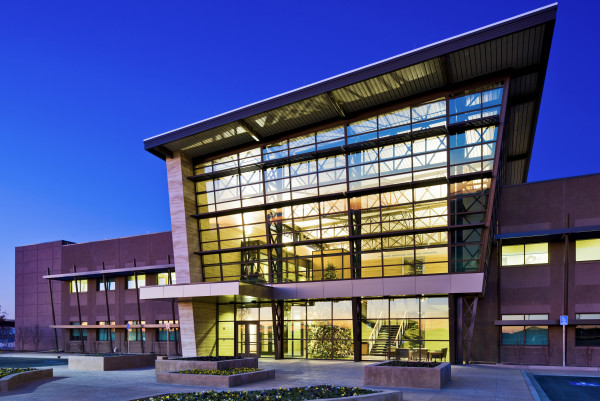 WINNER OF THE ENR SOUTHWEST BEST OF 2012 AWARD OF MERIT FOR AN OFFICE BUILDING, 2012 NAIOP NEW MEXICO AWARDS OF EXCELLENCE FOR AN OFFICE PROJECT AND 2012 ASSOCIATED GENERAL CONTRACTORS NEW MEXICO BEST BUILDINGS AWARD IN THE $20 MILLION PLUS CATEGORY

This design build project is a 50,000, two-story with a basement, high end office building for Mack Energy Corporation located just outside of Artesia, NM. It has five below-grade vaults with two safe doors to control access. The lobby has a thirty three foot tall water feature, granite floor, Peruvian travertine wall, and custom precast stairs that cantilever off a center stringer with a patina steel and cable handrail. You can find offices, a kitchen, meeting rooms, and a racquetball court and an exercise gym. The exterior walls are a mix of colored exposed aggregate and blasted tilt up concrete panels placed by Jaynes Structures.

Jaynes Woodshop produced casework throughout the building with a mix of solid surface and granite tops as well as wood wainscoting, paneling of many offices and paneling the lobby elevator. The Woodshop also earned the contract to produce the incredibly high end and specialized furniture package for six of the executive suites and built the custom conference tables for the conference rooms. 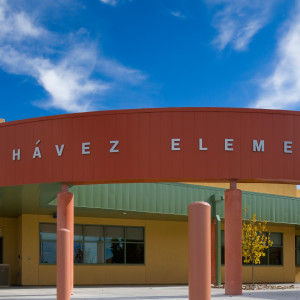 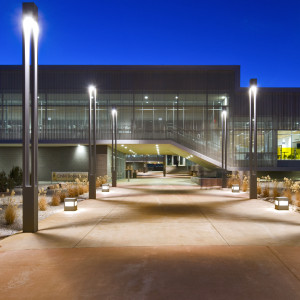 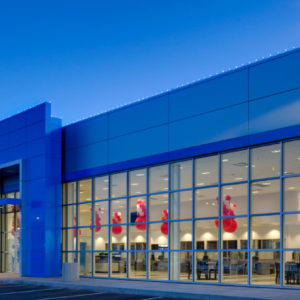 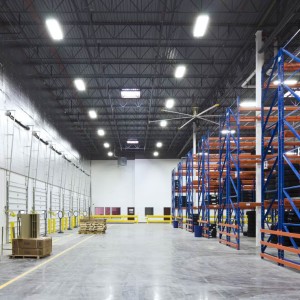